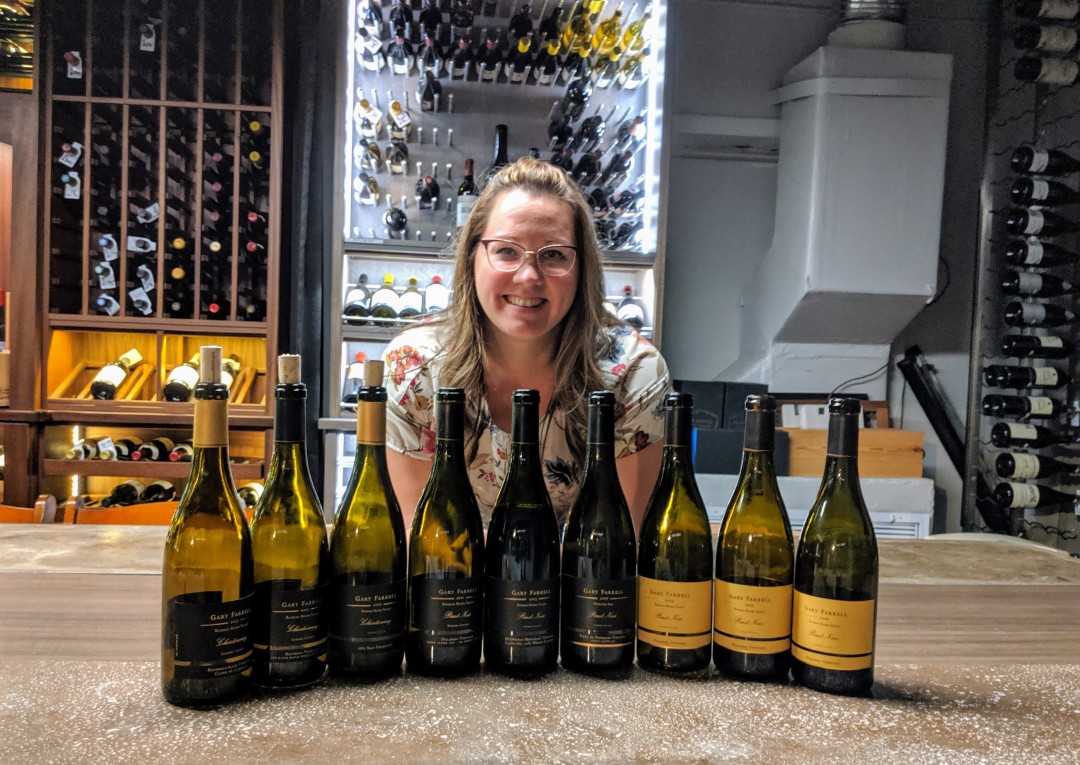 Wine writers tend to overuse words like “special” and “unique.” I’m as guilty as anyone.

But Tuesday night at Digress Wine in College Park, Orlando’s wine community experienced something truly singular — a tasting of limited-production experimental wines from Sonoma producer Gary Farrell, many of which can’t be sampled even at the winery.

Orlando Wine Blog helped organize the event in partnership with Digress. We dubbed it “The Geeky Side of Gary Farrell,” and I couldn’t be prouder of Orlando’s wine community that an event with that name was a sellout.

But the real credit for its success goes to Gary Farrell Estate Sommelier and Wine Educator Tiffany Kuhn, who brought some truly unique bottles and provided great context to help us understand them.

This was a homecoming for Tiffany, who until about two years ago served as wine director for Del Frisco’s Double Eagle Steakhouse on International Drive. She’s also a good friend of mine, but I can say objectively that she did her hometown proud, digging deep into her winery’s archives and offering up some real gems.

After a refreshingly delicate, mineral-driven rosé of pinot noir from Green Valley, we jumped into the meat of the tasting.

The chardonnay flight was a true lesson in the art of winemaking, with the first wine aged in a concrete egg, the second aged in huge oak puncheons, and the final wine made with 30-60 days of skin contact.

Then it was on to a truly spectacular flight of single clone pinot noirs.

We ended the night with a three-year vertical of Hallberg Vineyard pinot noir from 2014, 2015, and 2016, complete with weather charts comparing temperature and rainfall from year to year – just one example of the great information Tiffany provided along with the wines.

At the end of the evening, Tiffany told me some of her colleagues at the winery were jealous when they saw the wines she was selecting for this week’s event. Many of these bottles rarely get opened, even at their place of birth. There weren’t many made and simply aren’t many left.

“Can we come to the Orlando tasting?” they jokingly asked her.

No doubt our wine community is growing, in size and in respect, and that’s thanks in no small part to the success of our alumni.