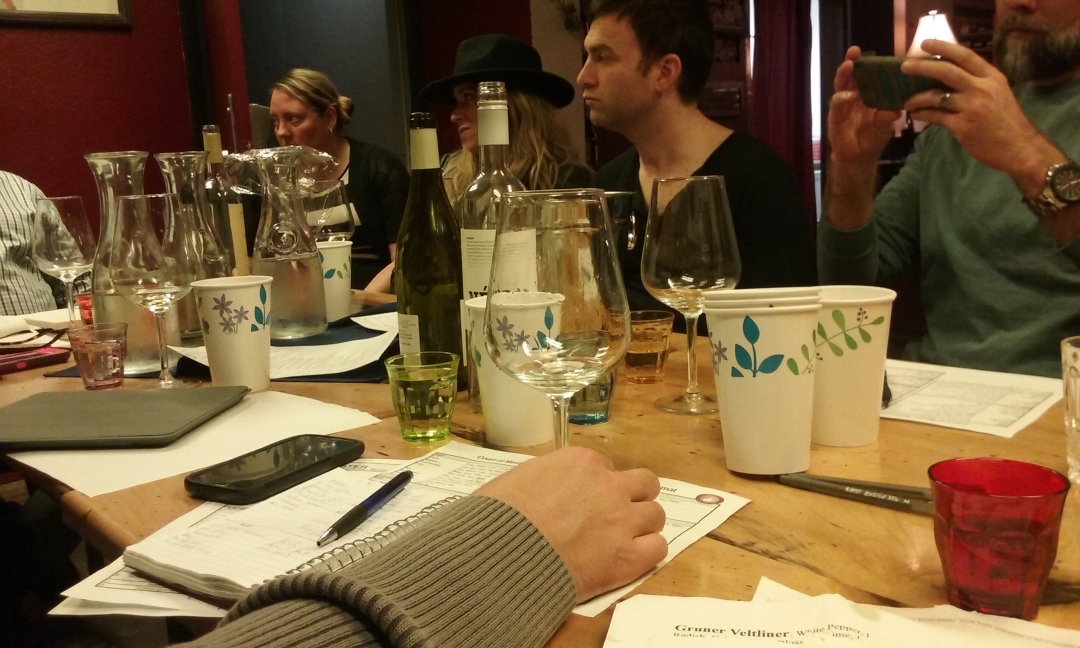 If you love wine, and you haven’t been to Swirlery Wine Bar yet, you’re missing out.

From its unassuming location on the corner of Michigan and Fern Creek, diagonally across from Johnny’s Fillin’ Station, this little gem of a wine shop/bar has become a hub of Central Florida’s wine community.

Owner-proprietor Melissa McAvoy, a former server at Citricos at Disney’s Grand Floridian, is a Certified Sommelier and a tireless advocate for wine education and the advancement of Orlando’s wine scene.

She and her partner Damian Roman (known to drum ‘n bass fans around the area as DJ Collaborator!) realized a longtime dream when they opened Swirlery in June 2015. They are incredibly warm and welcoming – just as happy to help a wine novice pick out a glass or a bottle as they are to chat about obscure wine regions with an expert.

Everybody knows your name … but do you know the wine?

Swirlery has become a kind of Cheers! bar for wine industry folks. Most weekdays, you’re likely to find someone who’s happy to share a glass or a bottle and some nerdy wine conversation.

On Tuesday evenings, Swirlery takes the geek factor up a notch with Blind Tasting Tuesdays.

Each week, Melissa (or a guest sommelier in the rare event she’s away) opens six bottles – usually three whites and three reds. The group analyzes each wine’s appearance, nose, and palate, using the Court of Master Sommelier’s deductive tasting grid-of-themoment, then tries to discern its grape, country, sometimes region, and vintage.

This is not an unfamiliar tasting format for anyone who’s been around the wine field for awhile. It’s a common method of studying for exams, and it can be quite intense.

At Swirlery, however, it’s rarely intense. And even better, it’s delightfully unpredictable.

You never know quite what’s going to happen at Blind Tasting Tuesday. Here are just a few examples from the past six months:

Take Off Your Type-A Hat

Blind Tasting Tuesdays are, like Swirlery itself, a little eclectic and offbeat.

Things might not start exactly on time … but you might get in on the end of a Bordeaux tasting with an importer while you’re waiting (that happened one night this month).

Sometimes there’s food, sometimes not. Sometimes the tasting discussion is a little disorganized.

So take your Type A hat off when you come through the door, and you’ll be amazed how much you learn. I credit these Tuesday tastings for the vast majority of the wine knowledge I’ve gleaned over the past few years.

Bottom line — Swirlery welcomes all comers and encourages folks to relax and have fun. But there’s no doubt, when it comes to wine, this place is legit.

Blind tasting tuesdays are scheduled for 6-8pm Tuesday nights. The fee is $20.