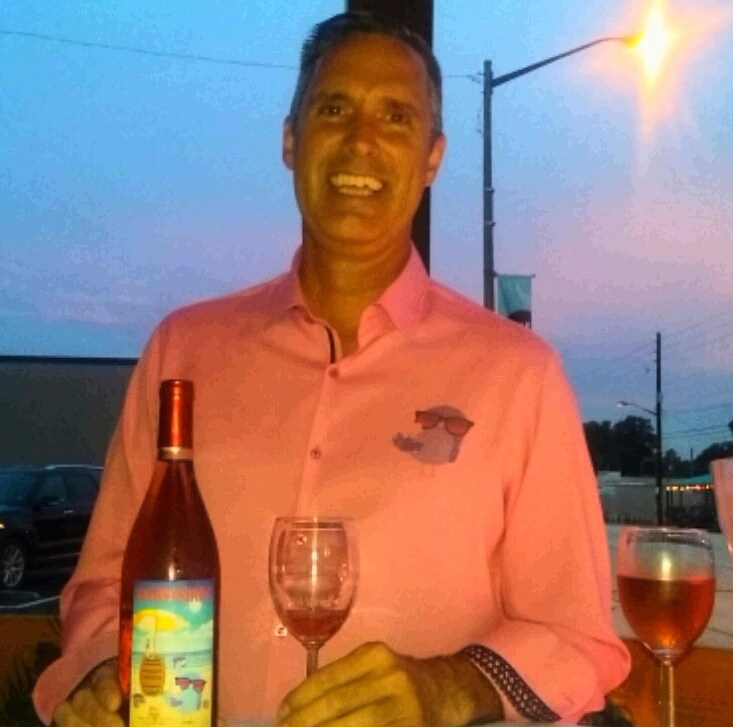 If you’re like most Central Floridians, you know Chef Jamie McFadden because he catered your wedding, or your company’s holiday party, or your favorite charity’s fundraiser.

Jamie’s Cuisiniers Catering company has been a mainstay in Orlando for almost two decades, and Jamie himself is well known as a top-notch local chef.

But I know him in a different context – as an oenophile.

From Student of Wine …

Jamie and I first met about three years ago through a weekly blind tasting group. He was studying for his Certified Sommelier exam back then – and oh, did he study!

I still remember the custom-made tasting sheets he created so he could record and compare wines with scientific precision.

But Jamie was more than a serious student. I also came to know him as a warm, loving soul with a penchant for giving back to his community … and a true passion for wine.

Last year, he translated that passion into an ambitious undertaking, especially for a Floridian. He lept into the world of winemaking. 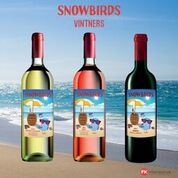 The name is an homage to his childhood vacations, when he and his family would escape the grey, cold Ohio winters to the Florida sunshine.

The grapes are crushed near their vineyards of origin and then go through an initial fermentation, with input from Jamie and Quantum’s winemaker Norm Saley. The resulting juice is shipped to Quantum for a final fermentation and aging.

Jamie calls his partnership with Saley “a winemaker-chef collaboration, combining his technical knowledge with my flavor profiles and palette.”

“I’m definitely the student,” he says with a smile.

Jamie planted a vineyard in his home state of Ohio earlier this year, but he’ll have to wait 3-5 years for those grapes to be ready for vinification. In the meantime, he’s importing from Washington state and California.

Snowbirds’ debut wine was a gutsy choice – a 2015 gruner veltliner made from Washington grapes. Gruner is an Austrian varietal (the name translates to “Green Wine of Veltlin”). It’s unfamiliar to many Americans, though it has been growing in popularity.

Snowbirds’ version is riper and rounder than the Austrian ones – a great pool wine.

It’s been popping up alongside Jamie’s second release – a Monterey County, CA merlot – at stores and on wine lists around Orlando, including Whole Foods Winter Park, K Restaurant in College Park, and Rusty Spoon downtown.

Now, Snowbirds is out with another poolside favorite – a dry rosé.

The wine is made from Washington state syrah, grenache, and mourvedre. Those same varietals are used in France’s Provence region to make what I consider to be the gold standard for rosé.

Snowbirds’ wine is a deeper pink than the Provencal versions, though. It’s riper and fruitier too, with super-ripe strawberry and even peach notes jumping out of the glass. But this is not a cloying wine. Its minerality and acid – while definitely secondary to its fruit – are prominent enough to keep it very refreshing on the palate.

The wine is great on its own – you could easily spend a poolside afternoon with nothing more than Snowbirds rosé by your side. But where it really shines – and this should come as no surprise for a wine made by a chef – is when it’s paired with food.

Hawkers’ cuisine was a tough test. Asian food can be a tricky pairing – I usually stick with an off-dry riesling because nothing else quite seems to work. But the Snowbirds rosé was an excellent complement to each of the small plates served last night – from the sweet-and-sour papaya and shrimp salad to the more savory pork belly bao.

In my opinion, this is Snowbirds’ best wine yet.

As with all Snowbirds wines, a portion of the sale of the rosé goes to Jamie’s PEAS Foundation, which helps provide fresh produce to homeless shelters and food banks.

As for what’s next on the Snowbirds agenda – Jamie plans to release his second Washington gruner veltliner this fall.

The 2016 vintage was a little cooler than 2015, and several people in the know told me they expect this Snowbirds release to be even better than the first.