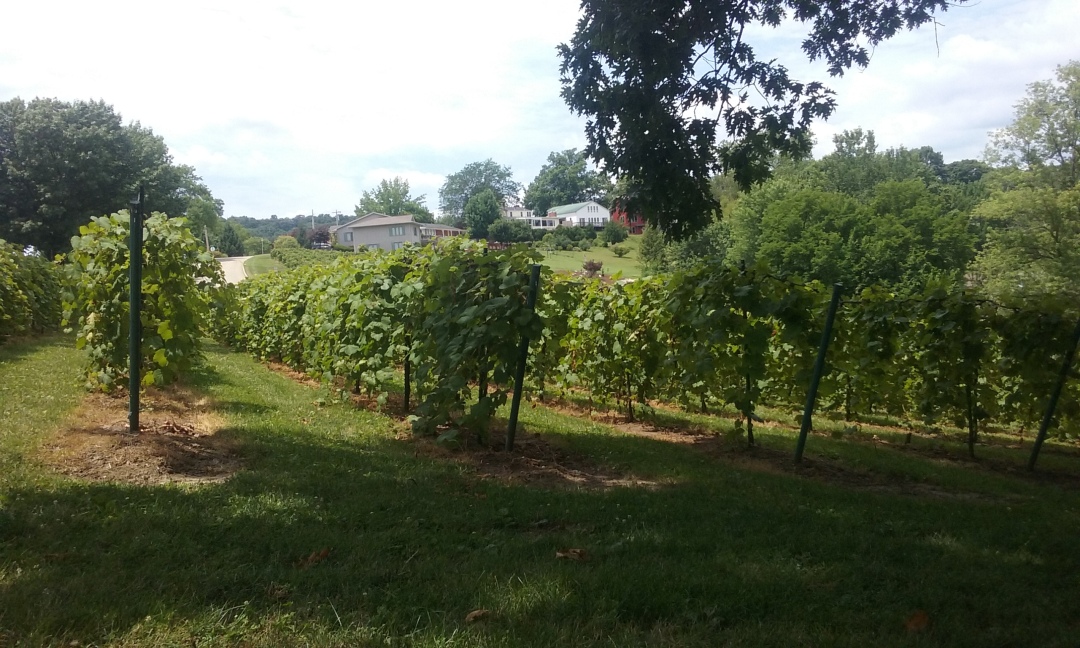 Believe it or not, the Show-Me State was America’s second largest wine producer in the 19th century, thanks to the know-how of German immigrants who settled near the town of Hermann.

Missouri provided much of the rootstock that saved Europe’s wine industry from the scourge of phylloxera in the mid 19th century. The state is also home to home to the country’s first federally-designated AVA (American Viticultural Area).

Prohibition and anti-German sentiment after the first World War decimated the state’s winemaking industry in the early 20th century, but it’s been making a comeback in recent decades.

You won’t find cabernet or syrah or chardonnay growing here. What you will find are grapes developed in America for America, designed to fit the country’s unique growing environments.

There are acres of grapes here that you’ve probably never heard of – chardonel, seyval blanc, St. Vincent, traminette, chambourcin, vignoles, and of course the storied and celebrated Norton.

Norton is Missouri’s state grape; Virginia lays claim to it as well. Either way, this is truly an all-American grape. Todd Kliman relates its history in his enchanting book “The Wild Vine,” which I highly recommend.

I tasted single-varietal Nortons at five Missouri wineries last week. Each was a little different, of course, largely due to variations in the amount, type, and age of oak used. But there were plenty of common characteristics.

Wines made from the Norton tend to be light-medium bodied with medium-high acid and notes of blueberry and blackberry, smoky leather, and sometimes damp earth. The non-fruit aromas and flavors are intriguing.

I couldn’t quite put my finger on this wine … and I loved that about it.

Bottom line, if you really want to see and taste America’s wine history, Missouri’s beautiful wine country – and many of its wines – are definitely worth a look. Here’s a virtual tour: